This article by Sarah Pritzker first appeared on Youtubetomp3shark.com.

A leader is a dealer in hope – Napoleon Bonaparte

What does it mean to be a leader? How does one become a great leader? What does it really take? These are questions that the best leaders of all time ask themselves constantly, and that’s probably part of what makes them great.

But, the recipe doesn’t end there. So much that goes into being a good leader, including constantly striving, working to improve, and most of all, always learning. There has never been a better time to be a leader than today because we’ve got thousands of resources at our fingertips, hours upon hours of inspiring talks from the best of the best, right in front of us, ready be to utilized if we dare.

If you’re ready to be the best leader you can be, check out 10 of the most inspiring and motivational TED talks on leadership today.

Leadership and learning are indispensable to each other. – John F. Kennedy

General Stanley McChrystal is a decorated four-star general in the United States armed forces, and in my book, those are pretty good credentials for leadership training. He gave an incredible TED talk (Stanley McChrystal: Listen, Learn Then Lead) that’s just around 15 minutes long. Yet in the video McChrystal gives over an essential value of leadership: don’t be too proud or full of yourself to learn from others because, at the end of the day, we all need one another to get through life. Short, poignant, and incredibly relevant to anyone in a leadership position. Salute.

One of the most important things that a leader can do is to lead by example. If you want everyone else to be passionate, committed, dedicated, and motivated, you go first! – Marshall Goldsmith

Lars Sudmann gives a quick TED talk about the number one rule in leadership: self-leadership. He quickly goes through some important exercises you need to be doing constantly as a leader to ensure that you are being the best leader and that includes periodic self-character trait checks, asking self-reflecting questions, and continuous self-regulation. In short, Sudmann shows that if you really want to lead others, you have to start by leading yourself.

The role of a creative leader is not to have all the ideas; it’s to create a culture where everyone can have ideas and feel that they’re valued. – Ken Robinson

The good leader is the one that appreciates and understands the value of each employee. The obvious truth is that no great empire was built single-handedly. Instead, it’s the combined efforts of several individuals. And the great leader understands this principle, cultivates a culture in which each individual knows they have what to contribute, is given the tools and the space to make those contributions, and is appreciated for their contributions towards the finished product.

In her talk, Forgetting the Pecking Order, Margaret Heffernan contests the usual business model of competition, dog eat dog, you’ve got to step on each other to climb to the top ideology, and suggests a different type of mentality. My favorite line from the talk is this: “If the only way the most productive can be successful is by suppressing the productivity of the rest, then we badly need to find a better way to work.”. So well put, Margaret.

A leader is someone who helps improve the lives of other people or improve the system they live under. – Sam Houston

This is one of the best TED talks about leadership out there because it totally turns the entire definition we’re accustomed to on its head. Drew Dudley shows us in just six minutes how each one of us can be and is a leader without even knowing it. By doing the smallest thing, we can change someone’s life, thereby becoming a leader of people.

Dudley contests the superhero image of a leader who changes the world through massive feats of strength and superhuman powers. Instead, Dudley says we change the world, we lead the world, by the small things that make an impact on a single person at a time. Watch it, you’ll be amazed.

Everything is hard before it is easy. – Johann Wolfgang von Goethe

Part of the job of a leader is to motivate their people to succeed. One of the most common methods society generally uses to get people moving is incentive, whether it’s positive or negative, internal or external. But motivational speaker Dan Pink is teaching us some fascinating findings about motivation. Turns out most of the time when we use rewards to motivate people, they actually end up doing more damage than good! Listen to Dan Pink’s The Puzzle of Motivation, and learn that at the end of the day the greatest motivation is feeling like we’re doing something that matters.

There are lots of other studies and speeches on the subject including two of the best from Dan Ariely and Tony Robbins. These two really go deep explaining the motivation of people and how to work with our internal mechanisms for greater productivity and greater workplace happiness.

If you are a leader, you should never forget that everyone needs encouragement. And everyone who receives it – young or old, successful or less-than-successful, unknown or famous – is changed by it. John C. Maxwell

Simon Sinek has got a ton of great inspiration and advice for anyone who wants to be a great leader (and I highly recommend you check them all out). One of my favorite TED talks Sinek gives is the one about how leaders inspire action. In this talk, Sinek shows that your mission statement motivates, and that your “why” is more important than your “what” or “how.” Learn from the master.

A true leader not only cares about their success, but the success and empowerment of others. – Warren G. Bennis

In her TED talk, Linda tells people that if you want to be a leader, you have to do three things: really lead, i.e., get up off your butt and do things. That includes, of course, the big jobs that nobody else can do, but even the little, menial jobs that nobody else is interested in doing. Second, don’t focus on excuses or problems, focus on solutions. And thirdly, do it with love. No matter what kind of organization you’re leading, a little concern and respect go a long way.

Also a shout out to Angela Lee Duckworth’s Key to Success? Grit speech. Check it out if you want to hear more like this.

And one day she discovered that she was fierce and strong, and full of fire and that not even she could hold herself back because her passion burned brighter than her fears. – Mark Anthony

In her incredibly inspiring TED talk, Sheryl Sandberg explains why there are too few women taking leadership roles. I think this is an invaluable talk that every girl needs to hear. Sandberg talks about the right self-messaging, that the workforce isn’t the right place for every woman, and that if it is, make sure to always “be at the table.” Look at and treat yourself as an equal, and others will too. Try it!

This is a three-minute video that shows some key points about being a good leader. In How to Start a Movement, Derek Sivers shows the importance of nurturing your supporters and also of not being afraid to be a follower sometimes too. Seth Godin goes further into this concept with his talk about How to Get Your Ideas to Spread. In a word, it’s about being remarkable. Check it out.

I’ll end off this inspirational roundup with one of the most important lessons anyone (but especially a leader) needs to understand. In a terrific talk, John Wooden explains that there is a world of difference between success and winning. Almost every time, the biggest success is putting in your effort and doing the best you can. Whether or not you win, i.e., accomplish the goal that you set out to do, is less important than what effort you put forth.

Liked what you saw? You can also check out Fields Wicker Miurin’s speech for some quick and uplifting inspiring leaders stories or Itay Talgam’s talk about using harmony to create a beautiful symphony.

The task of the leader is to get his people from where they are to where they have not been. – Henry Kissinger

Leaders have untold potential to make significant changes, touch people, and really shape the world, but they have to be good leaders to accomplish those goals. Luckily, we have some of the most successful, powerful, and influential leaders in the world as our teachers. With technology today, we have nothing stopping us from learning these priceless leadership lessons. As Muhammad Ali said, “the only limitations we have are the ones we place on ourselves.”

This article by Sarah Pritzker first appeared on Youtubetomp3shark.com.

Ready to get started with online learning? 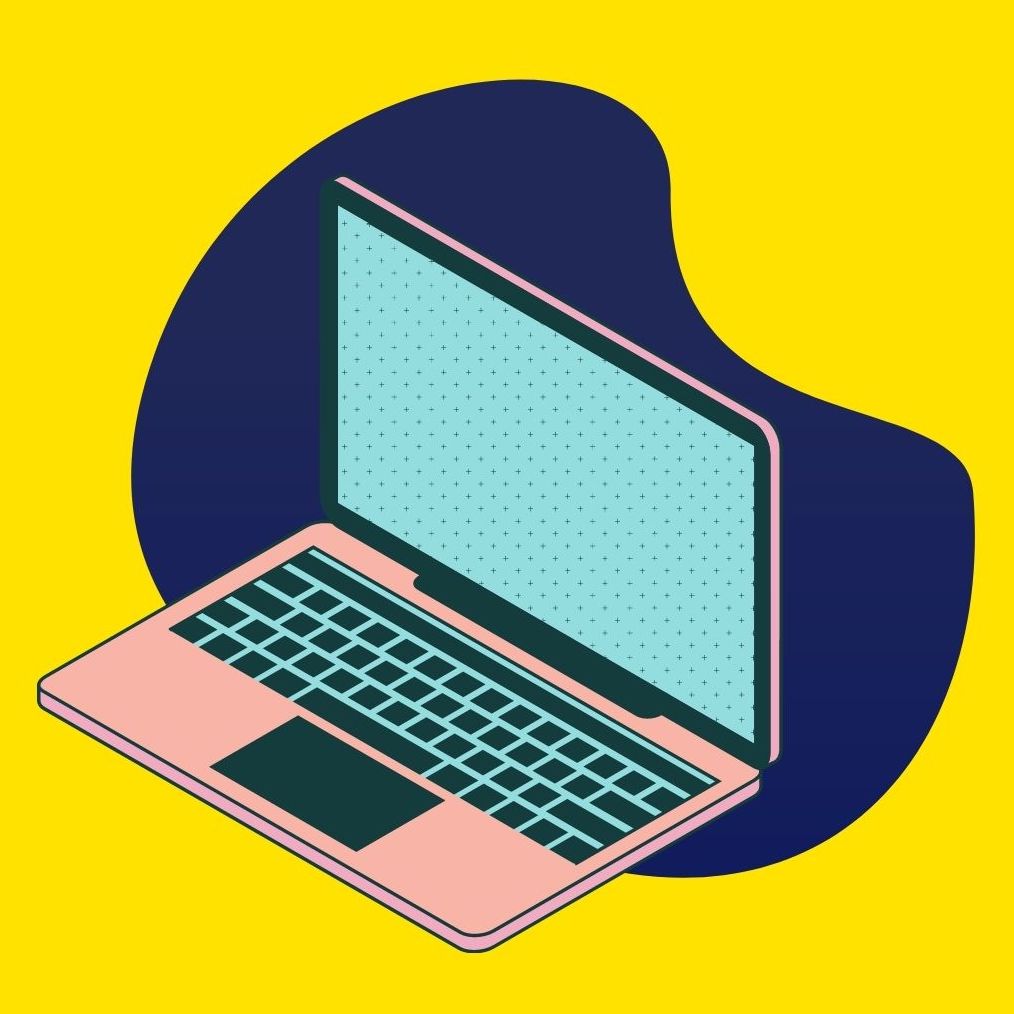 To create an individualized educational pathway that inspires a passion for learning, cultivates a global awareness, and prepares students for a smooth transition into the workforce.

Some of our Learning Labs have reopened with safety precautions in place. Please check with your local Learning Lab for specific hours and safety procedures.

We don't like spam, and will never sell your information.

We're glad you're here! Would you like to speak with an enrollment specialist?